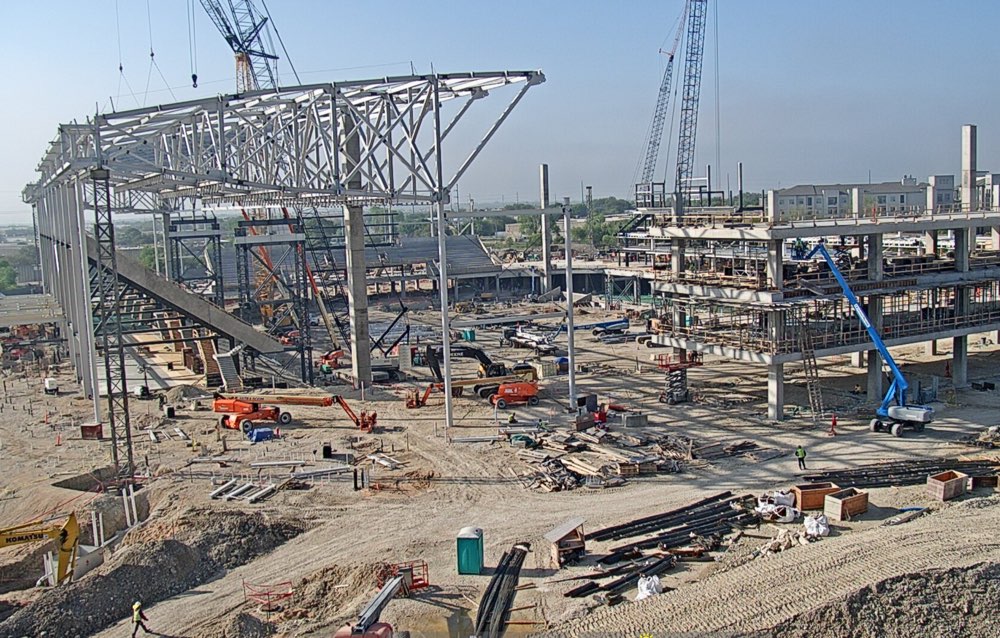 I checked in with the folks at Austin FC Tuesday afternoon, hoping for a little good news amid all the closures: The construction camera at the McKalla place stadium site was still showing cranes doing their work, if not a lot of workers physically on the ground, and that afternoon’s stay-in-place order from the city appeared not to ban construction activities, provided they could conform to safety, sanitation, and social distancing requirements.

Then, just before 9pm, came a follow-up from the city’s Development Services Department, including specific guidance for the construction industry, which clarifies the intent that “in general, commercial and residential construction activities are prohibited under the Order except in the very limited situations [involving] specific types of essential and critical facilities,” such as public works, affordable housing, social services, or critical infrastructure projects. And while there’s a three-day grace period to let sites wind down and wrap up, builders must “demonstrate that all activities after the effective date of the Order were undertaken to close down the construction project or activity as safely and quickly as possible.” And a late-night meeting with Mayor Steve Adler appeared to confirm that this is indeed the intent, said the team’s development attorney Richard Suttle, though sections of the steel framing are not in a state where they can be left for long.

So at press time, Austin FC’s in a bind, like the rest of the city: still facing a deadline to be open by the start of the MLS season next March (though of course all sports schedules are up in the air right now and for at least the next year and a half) and not sure what they can still do moving forward or when they can resume normal activities. For now, that’s life in River City.